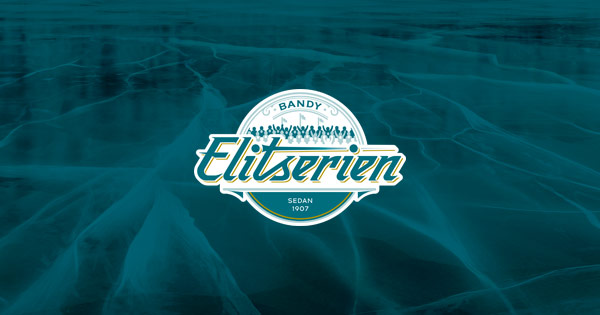 The men's and women's Elite Series in Bandy gets a new digital home for the 2022/23 season. We now proudly present Elitserien Live as the new platform for all winter television broadcasts of matches from the leagues. The broadcasts on the new platform will begin with the Men's Swedish Cup in Lidköping and also cover the Swedish Women's Cup in Sandviken before the series starts at the end of September. Staylive and Elitserien began their joint digital journey in the 2016/17 season and are now reuniting again.

In many forms, we have been a long-term partner to the Elitserien and we look forward to developing a new destination in the Elitserien Live together with the clubs, says Pontus Karsbo, CEO at Staylive.
Swedish Elite Bandy and the clubs have a common view that the quality of production and content should increase. By regaining the rights, the opportunity is given for new collaborations with media companies and other media that may become senders to the Elitserien in the future.

We see a big trend in the market where more media stakeholders take a seat. By regaining control, we believe in the combination of strong distribution for those already committed to their own platform, but also to combine with wider exposure for those who have not yet found our way. Here are opportunities we want to develop with existing media companies, future media companies and social media, Karsbo continues.

Staylive will assist with the OTT platform, associated apps for distribution and develop the business in a joint partnership. The league and Staylive will work in a tight partnership, which is appreciated by both organisations.

The new platform will make it easy to consume just as much Elitserien Bandy as everyone wants, while we accelerate the development of our rights. We have security in the partnership with Staylive and look forward to developing to the next step, says Per Selin, league manager at Elitserien.